Lake Victoria ranks atop on the list of the African Great Lakes – it is Africa’s largest lake by area. In the whole world, Lake Victoria is the largest tropical lake, the second largest freshwater lake by surface area after Lake Superior in North America and in terms of volume, the ninth largest continental lake. The lake has a surface area of approximately 68800 square kilometres, a maximum depth of 84 metres (276 ft), an average depth of 40 metres (130 ft), a catchment area covering 184000 square kilometres and a shoreline of 7142 kilometres.

Documentation of the Lake
Lake Victoria was named after Queen Victoria of England by John Speke, the first Briton explorer to document it. John Speke made this milestone in 1858 while on an expedition with Sir Richard Francis Burton to find the Source of the river Nile. In the local dialects, the lake bears myriad names. In Africa, the lake is for instance called Nalubaale in the Luganda dialect, Nam Lolwe in Luo, and Nyanza in Kinyarwanda. The first recorded information about the lake came from Arab traders who were plying The inland routes in quest of ivory, gold, slaves and other precious commodities. The Muhammad al-Idrisi map depicts an accurate representation of Lake Victoria and even identifies it as the source of the Nile. The development of the map dates back to the 1160s.

Geology
Lake Victoria is about 400,000 years old. The lake was formed as a result of westward flowing rivers being dammed by an upthrow of the crustal block. Geologically, Lake Victoria went through many changes ranging from its current shallow depression, and then to what may have been a series of much smaller lakes. Sample cores taken from the bottom of the lake show that it has dried up completely at least three times since its formation. The drying cycles are related to past ice ages – times when precipitation declined globally. The lake dried out about 17300 years ago and it refilled about 14700 years ago.

Wildlife and Reptile Species
The Lake Victoria region is a habitat to a variety of wildlife, mammal species and reptiles, a great number of them living in the lake and the nearby wetlands. Among these species are; the hippopotamus, Nile crocodiles, African helmeted turtles, Williams’ mud turtles, variable mud turtles, African clawless otter, spot-necked otter, sitatunga, marsh mongooses, bohor reedbucks, defassa waterbucks, and cane rats. The Williams’ mud turtle is only found in Lake Victoria and other lakes, swamps and rivers in the upper Nile basin. 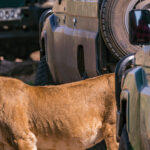 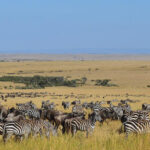 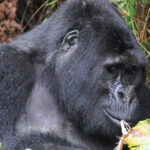